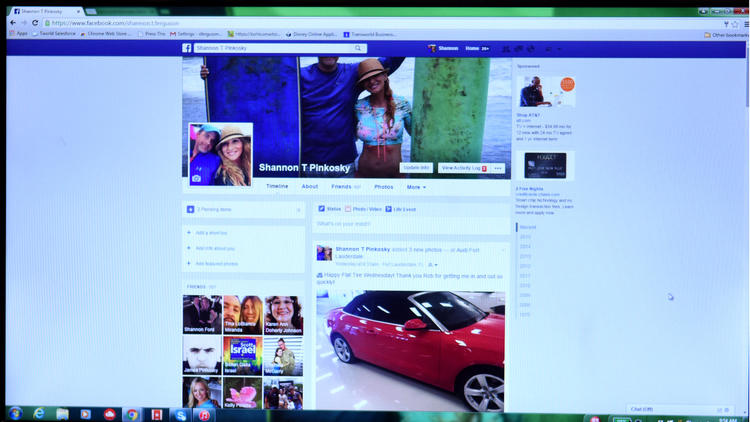 Don’t be so sure. Some employers are demanding passwords from employees and job-seekers for social media accounts protected with privacy settings.

Under current law, Florida businesses can ask for social media log-ins and fire employees who don’t provide them. And one statewide industry group said it wants to protect that right, but some policymakers think it steps over the line.

Sen. Jeff Clemens, D-Lake Worth, has proposed a law that would prohibit an employer from requesting the user name, password, or any other means of accessing the social media accounts of employees or prospective employees. Employers would be barred from retaliating against employees who refuse. The legislation also would prohibit employers from refusing to hire a prospective employee who refuses access to a social media account.

Workers could sue, recovering up to $500 per violation.

The legislation is on the agenda for the 2016 legislative session. If passed, the bill would take effect Oct. 1.

The issue, pitting worker privacy against corporate interests, has been simmering nationwide for years. Around 2012, some employers began demanding social media passwords from job applicants, students and employees, according to a report by the American Civil Liberties Union.

The ACLU cited news reports about a New York City statistician who was asked for his Facebook password during a job interview. The ACLU also noted that the Maryland Division of Corrections required an employee to provide his Facebook login and that police departments in Norman, Okla., and elsewhere asked applicants to turn over their Facebook passwords as part of background checks.

Legislation against the practice has been considered in at least 23 states this year, with nine states enacting the legislation, according to the National Conference of State Legislatures.

The ability to sue is why some Florida industry groups have opposed the legislation, which has been floated in previous sessions.

Associated Industries of Florida said it opposes Senate Bill 186, saying it would have “detrimental ramifications” for Florida businesses.

“It is our belief that it is critical that employers be able to access these accounts and any devices supplied or paid for by the employer,” Associated Industries said in a letter to members of the Senate Commerce and Tourism Committee. Employers can be held legally responsible for employees’ actions using company equipment, the group says.

Associated Industries also said employers have to be able to investigate allegations of illegal activity or work-related misconduct, which could involve an employee’s personal social media account. The behavior could be job-related theft of sensitive data, insider trading or fraud, the group says. Or it could involve an employee harassing others through social media.

AUTHOR - Authorship Credit Noted Above
SHARE
Zimmer Biomet Spinning Off Spine & Dental Business
Orthopedics and Spine
VerteCore Offers Chiropractors a Peer-Reviewed Spine Decompression Medical Device
Orthopedics and Spine
YOUR FIRST STEP TO SUCCESS
IS JUST A CLICK AWAY
Search our current open opportunities to take your first step to success in Medical Device and Healthcare IT today. Focusing on you and your career is our Job, now it’s time for you to find yours. Let’s get started.
VIEW JOBS