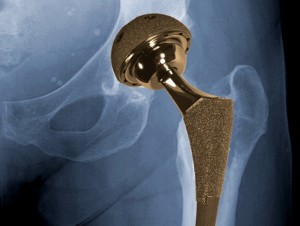 In order for arthroplasty surgery to restore proper joint function, surgeons must carefully align orthopedic implants. A Massachusetts startup is developing a simple sensor system that’s meant to improve the precision and efficacy of these arthroplasty surgeries.

Arthromeda uses micro-sensors to wirelessly connect to a software system that’ll help surgeons navigate the implantation process onscreen. Its digital templating software, called ArthroPlan, is meant to be a cost-effective tool that’s meant to be compatible with standard work stations, PCs and laptops.

The sensors are meant for hip replacements and other forms of orthopedic implantation surgery. In particular, it’s focusing on the total hip arthroplasty market – a sector which is projected to expand dramatically. There were 350,000 hip replacements in 2007; that’s expected to double by 2030, ArthroMed said. It’s also developing this technology for knee replacements.

Its process was rationalized in a 2013 press release by cofounder Mehran Aghazadeh:

THA was performed in 1960 for the first time. Although there have been numerous improvements in different aspects of this operation, from exposure and techniques to design and technology, most recent studies have shown that even highly experienced physicians still have difficulty positioning implants in proper angles. Using anatomical landmarks for this purpose is not sufficient, as they vary from patient to patient. There is a real need for a cost effective product and method for more accurate positioning of the implants in THA. We want to help surgeons be absolutely confident that they got the implant positioning right real-time.

AUTHOR - Authorship Credit Noted Above
SHARE
7-Year Old Gets 3-D Printed Skull After Traumatic Brain Injury
Surgery and Surgical Robotics
Innovative Wound-Healing Could Save Human Limbs
Biologics, Wound Care, Infection Prevention
YOUR FIRST STEP TO SUCCESS
IS JUST A CLICK AWAY
Search our current open opportunities to take your first step to success in Medical Device and Healthcare IT today. Focusing on you and your career is our Job, now it’s time for you to find yours. Let’s get started.
VIEW JOBS