Are Your Cells Aging Faster Than You? Check With New Test

Your cells might be aging faster than you are, and new tests purport to help you find out. 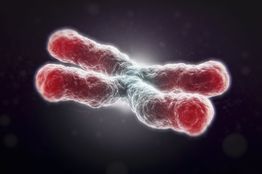 A few companies are offering mail-order testing to measure the length of people’s telomeres, the protective caps of DNA on the ends of chromosomes that have been likened to the plastic tips that prevent shoelaces from fraying. Telomeres gradually shorten as people age and eventually may disappear, leaving cells vulnerable to disease and death.

Telomere Diagnostics, of Menlo Park, Calif., launched an $89 test last week. Users mail in a drop of blood and get back a calculation of their age in “TeloYears,” adjusted up or down depending on how they compare with the general population. The service also provides advice for improving diet, fitness, sleep and stress levels, which some small studies suggest may help telomeres regain length.

“There’s a difference between knowing how old you are, and how well you are aging,” says Telomere Diagnostics chief executive Jason Shelton. “The age you are on the inside, on the cellular level, may be a better indicator.”

Still, some top telomere scientists say such information amounts to little more than high-tech palm reading, in part because telomere length varies so widely in the general population that it isn’t clear what length is problematic.

“We don’t yet know how to interpret these results. It might suggest there is something wrong when there isn’t,” says Carol Greider, director of molecular biology and genetics at Johns Hopkins Medicine, who shared the 2009 Nobel Prize for Medicine for discovering how telomeres protect chromosomes.

WHAT YOUR CELLS CAN TELL YOU

Fellow Nobel winner Elizabeth Blackburn, now president of the Salk Institute, co-founded the predecessor company to Telomere Diagnostics, but parted ways with it in 2013 and is no longer connected to the company. Dr. Blackburn declined to comment for this article.

Since telomeres were discovered in the 1990s, hundreds of studies have suggested links between telomere length and heart disease, diabetes, cancer, Alzheimer’s disease and mental-health issues.

AUTHOR - Authorship Credit Noted Above
SHARE
Quibim Receives FDA 510(k) Clearance for qp-Prostate AI Solution for Prostate MRI Analysis
Imaging Visualization & Navigation
Precision Spine Announces the Worldwide Launch of the Reform Ti Pedicle Screw System Providing Surgeons with Increased Flexibility, Versatility, and Visibility
Orthopedics and Spine
YOUR FIRST STEP TO SUCCESS
IS JUST A CLICK AWAY
Search our current open opportunities to take your first step to success in Medical Device and Healthcare IT today. Focusing on you and your career is our Job, now it’s time for you to find yours. Let’s get started.
VIEW JOBS