When the Doctor’s Mother Has Cancer

“I want you to talk to me like I’m one of your patients, not like I’m your mother.”

My mom’s familiar voice came over the car’s speakers via the Bluetooth connection to my phone as I drove home. She had left a voicemail an hour earlier asking me to call her back, which was never a good sign. My mother, still working as an administrator in Rhode Island at age 74, was not the type to mince words, nor ask for a return call to discuss trivialities. I asked her what was going on.

“I had a cold that wasn’t getting any better, so I went to an urgent care clinic to get some antibiotics.” 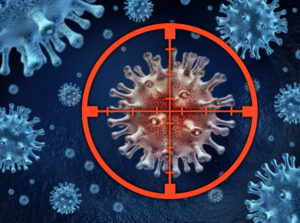 I avoided the temptation to remind her that most colds were viral, and that antibiotics don’t alter their duration. Naturally, she knew that I would tell her that, and thus she didn’t mention she was going to urgent care in the first place. So it goes with mothers and sons, particularly when one of those sons is a doctor. She continued.

“They took a chest X-ray, and my doctor called me the next day to tell me they found a ‘shadow’ in my left lung and that I needed to get a CT scan of my chest.”

By this point I was holding my breath, bracing myself for what would come next: The beginning of every cancer story, when the seemingly innocent cough, dizziness or common cold takes a sinister turn and the unexpected replaces what was expected.

“She called me this afternoon and told me I have lung cancer, and I have to schedule a biopsy.”

I only vaguely processed the other cars on the road and the clouds breezing past the gray sky, the rest of the world moving on as mine suddenly stood still.

“O.K.,” I said, buying time to find some of the words I had heard family members of my own patients use for reassurance. “There are still a lot of things a mass in the lungs could be, like an infection, or scar tissue. It’s not cancer yet, until a biopsy shows that it’s cancer.” So the saying in oncology goes: “Tumor is a rumor, tissue is the issue.” I continued. “You haven’t gotten a biopsy, right?”

“Well, no. But my doctor seemed pretty sure this was cancer.”

“It’s not cancer yet,” I said, more son than doctor, trying to convince myself as much as her.

Over the next few days, I played an unfamiliar role. Rather than doctor providing information, I became the family member trying to obtain it, and also attempting to help schedule a procedure in an unfamiliar hospital many states away.

My mother’s doctor faxed me the report from the CT scan, which described a lobulated mass over three centimeters long, typical of cancer. Scheduling the biopsy proved more challenging, though, and after several phone calls the best the interventional radiology department could provide was a tentative date, 10 days in the future.

We entered the purgatory of waiting for a diagnosis. As those days passed, my mother formulated a number of “If this is cancer” questions: “If this is cancer, what are the next tests I will need? Will I need surgery? Chemotherapy? Can I keep working? When will we know?”

Until the diagnosis was made, I could answer only in generalities, and speculate.

Three days after the biopsy of the mass in her lung, the one that looked ominous as a cumulonimbus cloud on her CT scan, my phone buzzed with her message: “The test was positive. Call me, I’m home.”

I never imagined that the diagnosis would arrive by text. Then again, perhaps texting allowed her, and me, some distance from the new truth that had just dawned. I ducked away from my own clinic full of cancer patients to reach her.

“I just talked to my doctor. The biopsy showed cancer.” It was the first time she had used the word, and I noted again how she distanced herself from it, as if the biopsy had the cancer, not her.

“Did your doctor mention what kind of cancer?” I asked. She read the unfamiliar words from the paper on which she had taken notes.

“Adenocarcinoma. Consistent with pulmonary origin.” There was silence on the phone line as we both processed the information. “What is the next step?” she asked.

The next step was to determine how far the cancer had spread — its stage. In this respect, lung cancer is quite different from the cancer I treat, leukemia. Leukemia doesn’t have a stage, as it appears throughout the blood and bone marrow at diagnosis. If we did try to tag a stage to leukemia, it would be stage 4 or stage 0: Either you’ve got it, or you don’t.

Read More at the Source: When the Doctor’s Mother Has Cancer – The New York Times

AUTHOR - Authorship Credit Noted Above
SHARE
FDA Approves Aspenstate’s AiRTouch Portable X-Ray System for Human Medical Use
Imaging Visualization & Navigation
Goodbye Medical Device Tax… at Least for 2 Years
Diagnostics & Healthcare News
YOUR FIRST STEP TO SUCCESS
IS JUST A CLICK AWAY
Search our current open opportunities to take your first step to success in Medical Device and Healthcare IT today. Focusing on you and your career is our Job, now it’s time for you to find yours. Let’s get started.
VIEW JOBS