How do these firms do it? With a way of paying that’s gaining steam across the health care industry, and that Medicare is now adopting for hip and 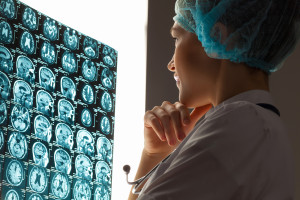 Here’s how the program works: Lowe’s and other employers pay one flat rate for a particular procedure from any of a number of hospitals they’ve selected for its quality. And, under the agreement, the hospital handles all the treatment within a certain time frame — the surgery, the physical therapy and any complications that arise — all for that one price.

It was Bob Ihrie, senior vice president for compensation and benefits at Lowe’s, who came up with the idea in 2010. When he told managers at other companies about it, he says, “The first question was always, ‘Oh, this is just for executives, right?’ And I said no, absolutely not, this is for any Lowe’s employee in the Lowe’s health care plans.”

The program is optional for employees. They can still use their local surgeon, if they prefer, and pay out of pocket whatever their insurance doesn’t cover. But more than 700 Lowe’s employees have taken the company up on its offer, Ihrie says.

It’s a great deal for patients, he says, and for his company.

“We were able to get a bundled price, which actually enables us to save money on every single operation,” Ihrie says.

The Pacific Business Group on Health negotiates that price for Lowe’s, Walmart and a number of other large employers. Associate director Olivia Ross oversees these deals, and says her team is able to negotiate rates that are 20 to 30 percent below what the companies used to pay for the procedures.

“We’re seeing savings at the front end,” she says, because Lowe’s pays less for the surgery. And, because the hospital is responsible for all that care, the institution has a strong incentive to be careful and thorough, Ross says.

AUTHOR - Authorship Credit Noted Above
SHARE
How to Start Your Successful Job Search in the Medical Device Industry
Resource Library
CrossBay Medical Receives FDA Clearance for CrossGlide Endometrial Tissue Sampler
Diagnostics & Healthcare News
YOUR FIRST STEP TO SUCCESS
IS JUST A CLICK AWAY
Search our current open opportunities to take your first step to success in Medical Device and Healthcare IT today. Focusing on you and your career is our Job, now it’s time for you to find yours. Let’s get started.
VIEW JOBS