Some interview questions have become so standard, job candidates offer up equally standard, possibly even scripted responses. As a result, the conversation is both inorganic and also a less effective predictor of a candidate’s potential for success in the given role. 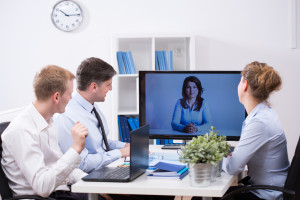 Few CEOs field such queries to candidates vying for a role near the top. Instead, questions aim to assess a potential leader’s soft skills and gauge his or her mentality. All CEOs have different techniques to access this insight during an interview.

Quartz spoke with 10 CEOs and other senior executives about their interview techniques and the one “killer” question they ask job candidates.

1. “Would you rather be feared or respected?” Michael Gregoire, CEO of IT management software company CA Technologies, said this question always catches people off guard and “really reveals what they think about their leadership style,” according to the report.

While there may not be a correct answer in theory, each option shows which way the candidate leans and how this might impact his or her ability to collaborate with others.

2. “Why are you here today?” Gordon Wilson, CEO of Travelport, a U.K.-based software firm, said he is looking for a specific answer when he asks candidates this open-ended question.

“I’m surprised how many times people talk about the benefit of the job from their point of view, versus the benefit that they’re going to bring to the company,” said Mr. Wilson, according to the report. At the very least, Mr. Wilson looks for an even split between benefits to the company and personal ones, though he strives for 75 percent geared toward the company and 25 percent focused on the self. “If you benefit the enterprise, the personal thing will come.”

3. “What’s your biggest dream in life?” Zhang Xin, co-founder and CEO of SOHO China, a commercial property developer, asks candidates this question to assess their level of ambition. She said she is most attracted to people whose responses illustrate they are “free spirited,” according to the report.

4. “I ask how they were treated.” Rick Goings, CEO of Tupperware, doesn’t pose this question to job candidates, but instead to the people who would have come in contact with them on the candidate’s way to the interview.

“I talk to the driver who brought them in from the airport, my assistant, and the receptionist who welcomed them. I ask how they were treated. There you learn how this person acts,” said Mr. Goings, according to the report. He is aiming to assess the “non-cognitive skills” that strong leaders possess to manage and inspire their teams.

5. “What is your favorite property in Monopoly, and why?” Ken Moelis, founder and CEO of investment bank Moelis & Co., throws this unexpected question at recent MBAs interviewing for mid-level positions because he thinks it’s a “great way to hear how people think of risks and rewards,” according to the report.

6. “Tell me about when you failed.” Roger Crandall, CEO of American insurance group MassMutual, said a candidate who can speak honestly and openly about past failures is attractive, but only if they can also explain how they have become “a better person, partner, leader and manager as a result.”

Along the same lines, Davide Serra, founder and CEO of London-based hedge fund Algebris, asks candidates, “What’s the biggest mistake you’ve made and what have you learned from it?”

AUTHOR - Authorship Credit Noted Above
SHARE
FDA Grants De Novo Authorization to Pressure Ulcer Risk Assessment Device
Biologics, Wound Care, Infection Prevention
Advanced Sterilization Products Unveils the Fastest Biological Indicator for Hydrogen Peroxide Sterilization
Biologics, Wound Care, Infection Prevention
YOUR FIRST STEP TO SUCCESS
IS JUST A CLICK AWAY
Search our current open opportunities to take your first step to success in Medical Device and Healthcare IT today. Focusing on you and your career is our Job, now it’s time for you to find yours. Let’s get started.
VIEW JOBS