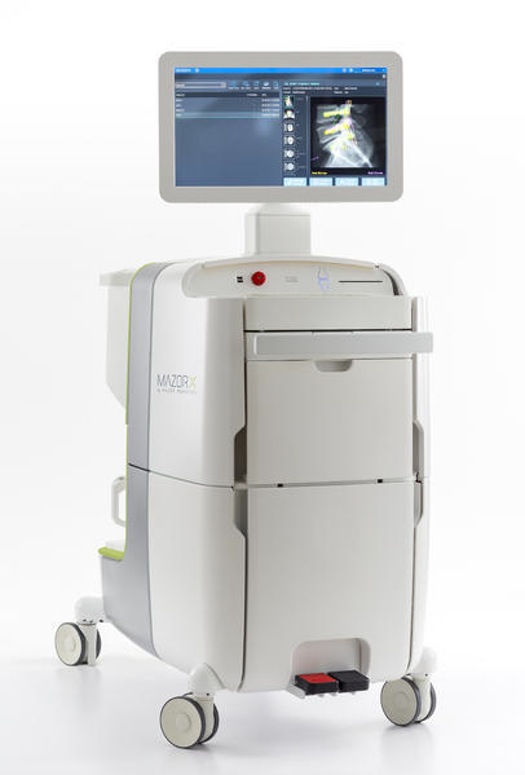 Medtronic PLC is preparing to invest another $20 million in Israeli med-tech company Mazor Robotics, which is expected on Tuesday to announce a new robotically assisted spine-surgery system called Mazor X.

Analysts say physician interest in robotically assisted surgical tools is steadily growing, and Medtronic seems to be positioning itself to capitalize on the trend — and potentially accelerate it — if it takes off.

More than 16,000 successful spinal surgeries have been done worldwide with Mazor’s existing flagship guidance system, the Renaissance, and its predecessor. Last May, Mazor revealed that it had signed commercial agreements with Medtronic for up to $52 million in total potential investments from the Minnesota-run device company and exclusive distribution rights for new Mazor spine products.

At an investors presentation Tuesday in New York, Mazor is expected to announce plans to launch sales of its new robotic surgical-guidance system, Mazor X, which has already been cleared for U.S. sales by the U.S. Food and Drug Administration. The $850,000 system will go on sale this fall.

A Mazor news release says the unveiling of the Mazor X system will trigger Medtronic’s second-stage investment of up to $20 million in Mazor, pending satisfaction of other conditions in the agreement that aren’t specified.

In the first stage investment, announced last May, Medtronic paid $11.9 million to acquire 4 percent of Mazor’s shares. The second and third stages of Medtronic’s investments can be capped at $20 million, for a total investment of $51.9 million. The third stage is contingent on, among other things, the start of a global distribution agreement between Medtronic and Mazor.

AUTHOR - Authorship Credit Noted Above
SHARE
Conformis Announces 510(k) Clearance for Cordera Hip System
Orthopedics and Spine
First-in-World Robot-Assisted Spinal Surgery Performed by Penn Neurosurgeons and Otolaryngologists
Surgery and Surgical Robotics
YOUR FIRST STEP TO SUCCESS
IS JUST A CLICK AWAY
Search our current open opportunities to take your first step to success in Medical Device and Healthcare IT today. Focusing on you and your career is our Job, now it’s time for you to find yours. Let’s get started.
VIEW JOBS