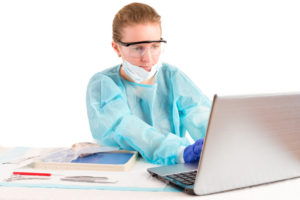 Universities and drug companies that use human volunteers for research face tough new rules designed to make sure that valuable information from these volunteers is widely available, not only to the volunteers themselves but to scientists trying to advance medical science.

The rules currently on the books are confusing and often ignored.

Since 2007, scientists have been required to post results of experiments on a government website, ClinicalTrials.gov. But many top universities and drug companies have failed to meet those standards, according to academic studies and investigative journalists.

“We as a community have had a disappointing track record,” said Francis Collins, director of the National Institutes of Health. Collins and other officials are now hoping that will change with clearer, more expansive rules and potentially stinging new penalties put forth by the Department of Health and Human Services.

The new rules, published Friday in the Federal Register, are designed to make it easier for scientists, universities and corporations to understand what experiments must be included in the federal database. It also expands the list of studies that must be registered, to include experimental behavioral interventions — such as a study that compares different diets among diabetics — as well as early-stage (Phase 1) drug trials if they have NIH funding.

For the first time, these rules also require companies to post results of trials for drugs that don’t make it to market, not just the ones that do.

“This has been a very opaque world up until to now,” Food and Drug Commissioner Robert Califf told reporters during an embargoed phone conference Thursday. “These are tremendous changes.”

Researchers must also say in advance how they plan to analyze their results.

That is designed to discourage researchers from changing the focus of a study after the fact and dredging through their data to highlight findings that may simply be coincidental, and which might not be robust enough to appear in a study that was specifically designed to look for them.

Clinical trials “are the gold standard for understanding the effect and effectiveness of medical interventions, understanding what works and what doesn’t work,” Collins said in the press conference.

Reporting results is also an ethical issue. Millions of patients volunteer to participate in studies, Collins said. “Sharing the results from clinical trials helps fulfill society’s responsibility to those individuals who volunteered in these studies with an understanding that their participation will contribute in advancing medical knowledge.”

For studies that are regulated by the FDA, companies can face fines of $10,000 a day if they don’t comply with the existing rules. Those fines have not been imposed, however, and the FDA will not have additional funding to hire enforcement staff, Califf said. “I really believe that it won’t take much to get people to comply with this once they realize how serious this is.”

Collins said the NIH will cajole university scientists to comply as well. If they don’t, the NIH would consider withholding funds on planned clinical trials at the offending university until scientists there are following the new rules. This would not apply to research that started before the rules take effect, and the NIH would not stop clinical trials that are already under way.

The new rules come into effect in January 2017. Researchers will have 90 days to comply.

AUTHOR - Authorship Credit Noted Above
SHARE
Missing Skull Bone Replaced with 3D Printing
Diagnostics & Healthcare News
Wearable Medical Devices Helping Millions
Diagnostics & Healthcare News
YOUR FIRST STEP TO SUCCESS
IS JUST A CLICK AWAY
Search our current open opportunities to take your first step to success in Medical Device and Healthcare IT today. Focusing on you and your career is our Job, now it’s time for you to find yours. Let’s get started.
VIEW JOBS