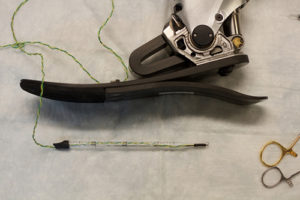 “We’re talking about a dramatic improvement in patient care,” said Hugh Herr, a professor of media arts and sciences and senior author on the study, in a press release. “Right now there’s no robust neural method for a person with limb amputation to feel proprioceptive positions and forces applied to the prosthesis. Imagine how that would completely hinder one’s ability to move, to successfully balance, or to manipulate objects.”

The researchers worked with rats, successfully generating muscle-tendon sensory feedback to the nervous system. The feedback helps relay information about the placement of prosthetic limbs and the forces applied to it. Now they hope to use that same method in humans.

During amputation, muscles are cut in a way that removes the person’s sense of limbs in space. Muscle pairs called agonist-antagonist control limb movement. Without them, people who have had amputations cannot sense where artificial limbs are placed or the amount of force being put on them.

“They have to visually follow their hands or their limbs because there isn’t any feedback from the device or residual limb that tells their brain where their prosthetic limbs are in space,” Shriya Srinivasan, a graduate student in the Harvard-MIT program in health sciences and technology and lead author on the study.

MIT researchers wanted to recreate the agonist-antagonist pairs and used nerve signals that were still undamaged after amputation. The nerves were connected to muscle pairs grafted from other parts of the body into the amputation site.

Muscle pairs work together to mimic natural muscles and when the brain wants to move a limb, the grafted muscles contract. The agonist extends and sends feedback to the brain about how the muscle moved and how much force was used.

In the test with rats, the research showed that when the rats contracted one muscle, the other would move the opposite direction and send sensory information to the brain.

AUTHOR - Authorship Credit Noted Above
SHARE
ZEUS Scientific Announces New Rapid SARS-CoV-2 Antibody Test
Diagnostics & Healthcare News
Gene Identified that Helps Wound Healing
Biologics, Wound Care, Infection Prevention
YOUR FIRST STEP TO SUCCESS
IS JUST A CLICK AWAY
Search our current open opportunities to take your first step to success in Medical Device and Healthcare IT today. Focusing on you and your career is our Job, now it’s time for you to find yours. Let’s get started.
VIEW JOBS