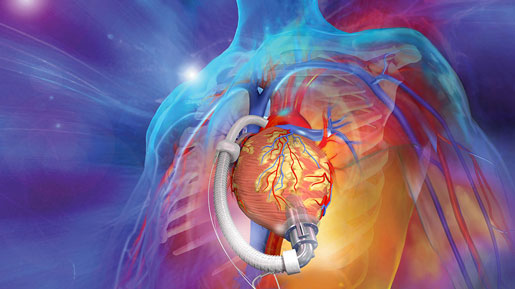 ReliantHeart’s new left ventricular assist device (LVAD), the aVAD, has been approved for commercial implants in Europe. On Tuesday, the company received CE Mark approval for the aVAD.

The LVAD market is going through an evolution right now as major commercial players Thoratec and HeartWare have both been acquired by large medtech companies. Thoratec was acquired by St. Jude Medical last year; St. Jude Medical has since been purchased by Abbott ($ABT). Medtronic ($MDT) announced its acquisition of HeartWare in June.

Manufacturing of the aVAD is underway and 65 units are scheduled to be shipped in September and October, with 100 pumps expected to be available by year end, according to Ford. Pricing for the aVAD is expected to be equivalent to Thoratec’s HeartMate 3 LVAD.

Implants are set to start in Europe in September, with plans for a controlled launch at centers in Germany, Turkey, and London first. Up to 50 patients will be implanted and Ford said data will be collected at several timepoints after the procedure, including one, seven, 30, 90, and 160 days, or at the time of any adverse event. Some of the centers that will be part of the controlled launch are already familiar with ReliantHeart’s HeartAssist5 LVAD, which has had CE Mark since 2013.

Surgeons will be able to implant the aVAD using the surgical approach of their choice, including a sternotomy or a left thoracotomy. “It’s going to be dealer’s choice,” Ford said. “Why limit it? Some of these [surgeons] are really good at left thoracotomies. Let them do it.”

The novel features aVAD offers may mean some surgeons need training to optimize its capabilities. Ford explained that because other LVADs have a calculated flow measurement, as opposed to the flow sensor aVAD uses, “the first thing [physicians] need to do is trust the flow.” In addition, clinicians will need to gain experience with remote monitoring. Physicians will need to “set the alarms properly so that the thresholds for low flow or high power provide an advance warning of something that could be a bad outcome,” Ford said.

ReliantHeart was able to attain CE Mark for aVAD without a trial because the pump’s blood path is the same as the company’s HeartAssist 5 LVAD, which already has CE Mark. “We’ve made this really powerful new pump but the blood path is exactly the same,” Ford said.

AUTHOR - Authorship Credit Noted Above
SHARE
Colospan Wins IDE FDA Approval for Intraluminal Bypass Device
Cardiovascular / Cardiology
Wenzel Spine Snags FDA Approval to Launch VariLift LX
Orthopedics and Spine
YOUR FIRST STEP TO SUCCESS
IS JUST A CLICK AWAY
Search our current open opportunities to take your first step to success in Medical Device and Healthcare IT today. Focusing on you and your career is our Job, now it’s time for you to find yours. Let’s get started.
VIEW JOBS