David Hovda, President and CEO of Simplify Medical, said, “We are pleased that FDA, after a thorough review of our PMA, determined that Simplify Disc is safe and effective for 1-level cervical disc replacement in the United States.   We are proud to have achieved superiority to fusion on the primary endpoint, and are excited to be the first cervical disc replacement study to incorporate MR imaging at 24 months, allowing the FDA to review this compelling data which contributed to a strong benefit-risk profile. On behalf of the Simplify Medical team, I would like to thank our dedicated surgeon investigators, their teams, and the patients who participated in this important trial.” 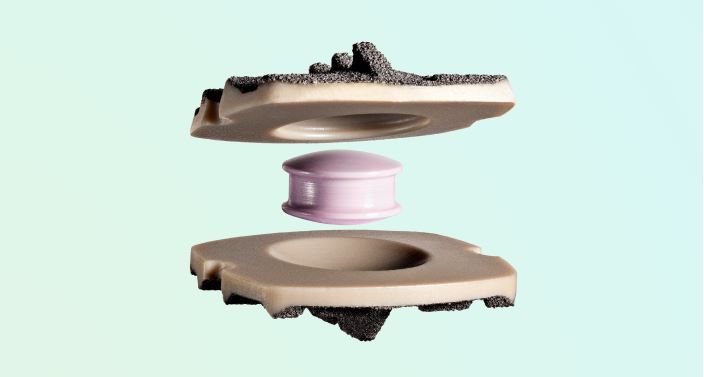 The prospective trial enrolled 166 Simplify Disc patients at 16 clinical sites across the United States, and results were compared with a historical fusion control. Enrollment was completed in February 2018. The PMA was submitted to FDA after a 24-month follow-up was completed in March of this year. Simplify Disc was used for 1-level cervical implantation between the C3 to C7 vertebrae. The Study Co-Principal Investigators are Richard Guyer, MD, chairman of the Texas Back Research Institute Foundation and Domagoj Coric, MD, Chief, Department of Neurosurgery at Carolinas Medical Center.

Dr. Coric added, “I am excited about reaching this important milestone for this next generation cervical artificial disc with unique biomaterials which offers real clinical advantages for our patients and supported by solid trial data.”

The Simplify Disc is also being evaluated in a separate IDE study in the U.S. for 2-level indications. The enrollment for the 2-level trial was completed in November 2018. Simplify Disc is limited to investigational use for this indication.

The Simplify Disc is CE Marked in Europe and commercially available in select European markets.

AUTHOR - Authorship Credit Noted Above
SHARE
Vascular Changes after Smoking Hookah on par with Cigarettes
Cardiovascular / Cardiology
Abbott Labs Intends to Spend $19.3 Billion to Buy St. Jude Medical
Cardiovascular / Cardiology
YOUR FIRST STEP TO SUCCESS
IS JUST A CLICK AWAY
Search our current open opportunities to take your first step to success in Medical Device and Healthcare IT today. Focusing on you and your career is our Job, now it’s time for you to find yours. Let’s get started.
VIEW JOBS