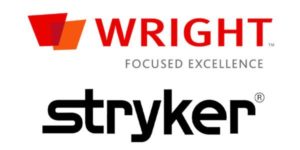 Under the terms of the consent agreement, the companies will divest Stryker’s total ankle replacements and finger joint implants businesses to DJO Global, Inc.

The FTC’s complaint alleges that the acquisition as proposed  would likely result in substantial competitive harm to consumers in the U.S. markets for total ankle replacements and finger joint implants. As suppliers of close substitutes in both markets, Michigan-based Stryker and Dutch company Wright respond to competition from each other with improved products, better service, and lower prices. By eliminating this direct and substantial head-to-head competition, the proposed acquisition likely would allow the combined firm to exercise market power unilaterally, resulting in less innovation and higher prices for consumers, according to the complaint.

Under the proposed consent agreement, Stryker and Wright must divest all assets associated with Stryker’s total ankle replacements and finger joint implants to DJO Global, allowing it to become an independent, viable, and effective competitor in these markets. According to the FTC, California-based DJO Global has an established track record in the medical device industry and is well positioned to restore the competition that otherwise would be lost through the proposed acquisition. Under the proposed order, Stryker is required to supply DJO Global with transition assistance, and to act as an intermediary supplier until DJO Global obtains FDA approval to be the legal manufacturer of the divested products.

As explained in the accompanying analysis to aid public comment, the proposed order appoints Justin Menezes, of Mazars LLC, as monitor, and it allows the Commission to appoint a divestiture trustee in the event that the companies fail to divest the products as required.

Commission staff worked closely with counterparts at the UK Competition and Markets Authority to analyze the proposed transaction and proposed remedy.

AUTHOR - Authorship Credit Noted Above
SHARE
This Year’s Highest-Paying Jobs Dominate One Industry
Diagnostics & Healthcare News
FDA Has Cleared Two Intuitive Technologies for Use in Sealing Procedures
Surgery and Surgical Robotics
YOUR FIRST STEP TO SUCCESS
IS JUST A CLICK AWAY
Search our current open opportunities to take your first step to success in Medical Device and Healthcare IT today. Focusing on you and your career is our Job, now it’s time for you to find yours. Let’s get started.
VIEW JOBS